TEC is a dynamic, life-giving experience in which a person is invited by the Risen Christ to open his/her heart and to share in a personal way his life, death and resurrection.

The candidates come to see Christ’s mystery relived in their own daily life cycle of struggles, joys, and triumphs as they move forward on their pilgrim journey to the fullness of life with the Triune God.

Participants need to be at least a Junior in high school to make a TEC weekend.  Adults interested in working with youth and young adults and youth ministers from parishes or schools are also invited to participate.

You do not need to be Catholic to attend a TEC, however please know that TEC is founded and unfolds within the living traditions of the Roman Catholic Church.

The purpose of the weekend is to initiate an ongoing process of evangelization and catechesis. A catechetical scope and sequence is woven into the very format of the TEC weekend.

Catechesis also takes place within the on-going relationships and dialogue as questions of faith arise both on the weekends and in later gatherings. It is designed to provide a faith vision which will enhance participation in such classes and groups as it creates an abiding thirst for God. 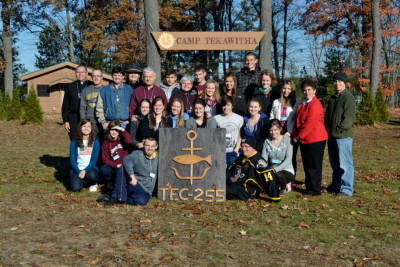 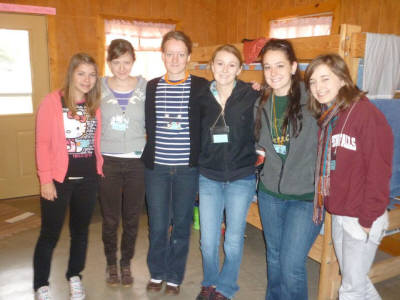 The weekend ends on Sunday afternoon at 5:00 p.m.

In order to best experience the weekend, all participants must plan on attending the entire weekend.

Basically in Northeast Wisconsin. But we have had people from all around the world involved!

Check the ‘Events’ page for dates and locations.

How to register for TEC?

Workers and candidates both need to fill an application out.

Go to the ‘Applications’ page to find the required applications and further instructions.

The first TEC weekend was held October 9-11, 1965. During the following years the TEC movement met with great success in the Lansing Diocese and was shared with many other dioceses near and far. However, no over-seeing authority to moderate the quality of the process was in place. As a result, the original process underwent various changes in various places, until under the same name of TEC, a vast variety of manuals were being used. In Lansing itself, the number of weekends was such that the adequate preparation of adult teams suffered, and by 1970, the local movement closed down. However, strong centers throughout the U.S. continued to maintain the high quality in the original movement.

Beginning in 1975, these solid centers of the movement, sensing the need for unity and clarity in their work, started to come together to share their experiences and efforts to maintain authentic spirituality in the movement. These annual gatherings resulted in the formation of the National TEC Conference, an organization designed to sustain the spiritual quality of the local movements. One of the projects that was constantly in the forefront of their considerations was the publication of an official manual which would contain clear concepts and authentic norms for the unfolding of the process.

In the summer of 1984 in Omaha, Nebraska, concrete plans were laid to draw the fragmented movement together and re-establish it on the basis of the original principles and spirituality. Through a series of annual workshops and retreats over a 12 year period a group of TEC leaders developed the material for an official manual.

In recent years, the word “national” has been dropped from the title TEC Conference, and the TEC Leadership Council, which guides the work of the Conference, has assumed a more spiritual role in the movement. Within the Council, a spirituality committee has been established to monitor and facilitate the proper unfolding of the movement. No local TEC movement may be established unless it is under the direct authority of the local bishop. Since the renewal of the movement, it has been growing at a rapid pace.

At present, there are over 100 TEC communities all over the United States as well as in Germany, Lithuania, and the Czech Republic. 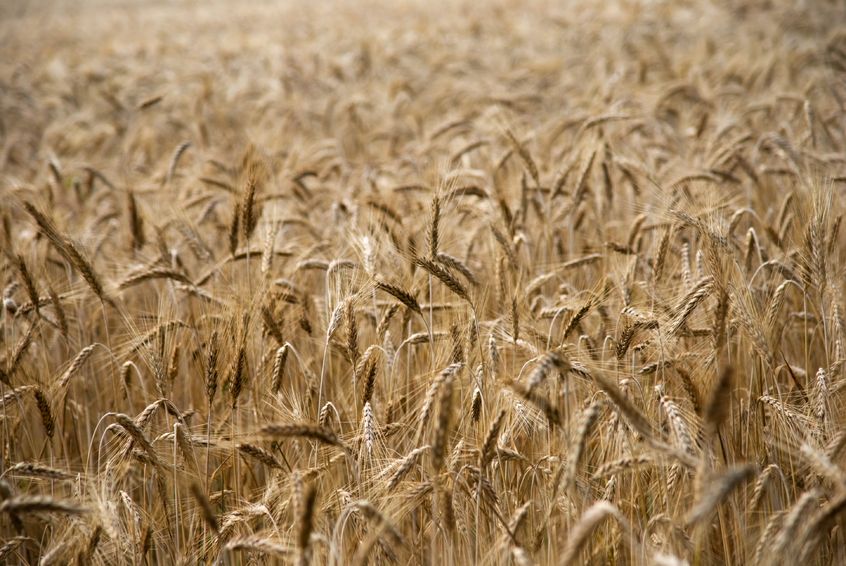